From The Doctor’s Desk

This information is intended for educational and informational purposes only. It should not be used in place of an individual consultation or examination or replace the advice of your health care professional and should not be relied upon to determine diagnosis or course of treatment.

Patient Education of the Month

SHOULD I SCREEN FOR LUNG CANCER?

What is Lung Cancer?

Lung cancer is cancer that occurs in several kinds of cells in the lung. As with other cancers, lung cancer happens when abnormal cells grow out of control. These cells can form a tumor or spread to other parts of the body.

Lung cancer is the leading cause of cancer death in the United States. However, the most common type non-small cell lung cancer can sometimes be cured if it is found early enough. Treatment involves surgery to remove the part of the lung that has cancer. Unfortunately, about 90 percent of the people who have lung cancer die from the disease, in part because it is often not found until the cancer is at an advanced stage. Smoking is the biggest risk factor for lung cancer. About 85 percent of lung cancers are caused by smoking. The risk of developing lung cancer increases with the amount a person smokes and the length of time a person smokes. The risk of lung cancer also increases as people get older. Most lung cancers occur in people 55 and older. The most important way to reduce the risk of developing lung cancer is to not smoke or stop smoking, and to avoid exposure to tobacco smoke. People who quit smoking greatly reduce their risk of developing and dying from lung cancer. This risk continues to go down over time.

The main test used to detect lung cancer is low-dose computed tomography (also called a low-dose CT scan, or LDCT). In this test, an x-ray machine scans the body and uses low doses of radiation to make a series of detailed pictures of the lungs.

The goal of screening for lung cancer is to identify the cancer at an early stage so that it can be successfully treated. Most screening programs focus on detecting non-small cell lung cancer because it is the most common type of lung cancer and can sometimes be cured if it is found and treated early. The U.S. Preventative Services Task Force reviewed studies on the potential benefits and harms of lung cancer screening, including results from the National Lung Screening Trial, a very large study of more than 50,000 people. The Task Force found that low-dose CT scans more accurately identify early stage cancer than do other screening tests. They also found that many lung cancer deaths can be prevented by screening high-risk people every year. High-risk can be defined as people who: Heavy smoking means a smoking history of 30 “pack years” or more. A “pack year” is smoking an average of 1 pack of cigarettes per day for 1 year. For example, a person could have a 30 pack-year history by smoking 1 pack a day for 30 years or 2 packs a day for 15 years. The Task Force also found that lung cancer screening has some harms. The test can suggest that a person has lung cancer when, in fact, no cancer is present. This is called a false-positive result. False-positive results cause worry and anxiety and can lead to follow-up tests and surgeries that aren’t needed and that may have their own significant risks. Additionally, people who have other serious illnesses or poor overall health shouldn’t be screened because they are more likely to be harmed by the resulting treatment, including surgery. In addition, people receive radiation during a low-dose CT scan. This can be harmful because radiation from repeated scans can cause cancer in otherwise healthy people.

The Final Recommendation on Lung Cancer:

Annual screening for lung cancer with low-dose computed tomography in adults aged 55 to 80 years who have a 30 pack-year smoking history and currently smoke or have quit within the past 15 years. Screening should be discontinued once the individual has not smoked for 15 years or develops a health problem that significantly limits life expectancy or the ability or willingness to have curative lung surgery.

The most important way to prevent lung cancer is to not smoke and to avoid exposure to tobacco smoke. If you do smoke, quitting can greatly reduce your risk of developing lung cancer, and your risk will continue to go down over time. If you are thinking about screening, consider your own health and lifestyle. Think about your personal beliefs and preferences for health care. Talk with your health care professional about your risk factors for lung cancer, including your age and history of smoking. Also talk with your doctor or PA about any other health conditions you have that may prevent you from having successful treatment if lung cancer is found as a result of screening. Be comfortable that all your questions have been answered. And consider scientific recommendations, like this one from the Task Force. Use this information to become fully informed and to decide whether screening for lung cancer is right for you.

Ask us about additional information! 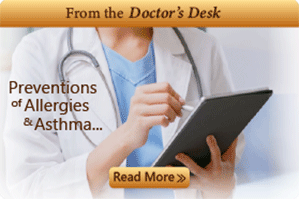 Call us for more information or an appointment!